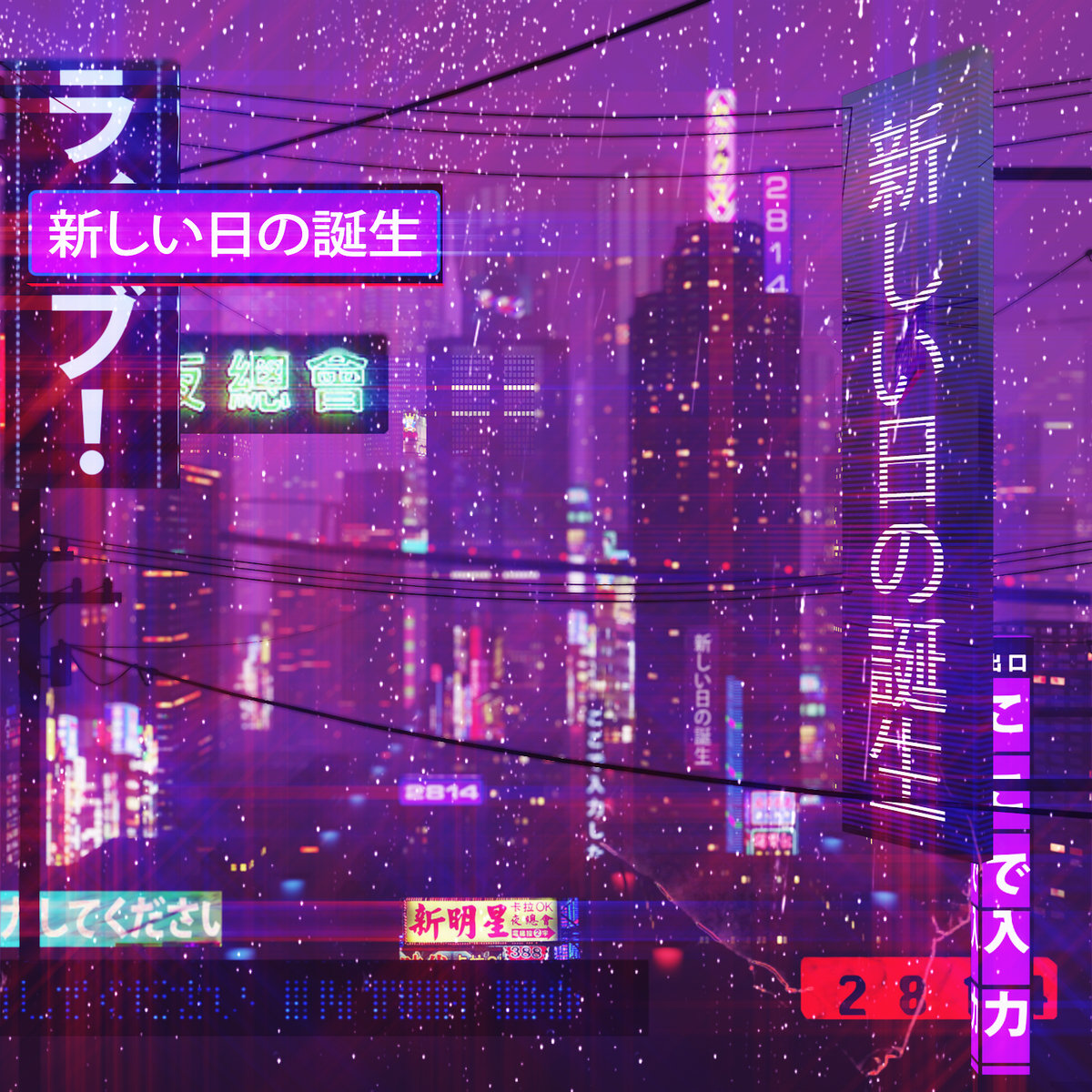 Vaporwave has been known to reflect highly on urban areas, promoting them as some form of utopia alongside the dead malls of yesterday. Some promote it as a utopia, others a dystopia… Wherever 2814 lands with the album “新しい日の誕生” is entirely up to speculation.

This album is the soundtrack to any city as we speak, not portraying the city as anything bad or good but just reflecting on the life of the city. Every song here details a day in the life and a various aspect of the life of the city with an odd reflection of humanity’s mundane nature. We go through a cycle and we live in areas where interaction happens, some are small and some are big; this just happens to portray the future where every city is big and even though it feels futuristic, it can still resonate today.

The slow pulsating vibes can be considered ambient but there are lots of elements that make it more than just noise, things such as pianos and some percussion. Those elements really help to give life to the entire thing and helps you to easily depict the city that is being told to you through sound. Everything is mixed in a way to make the atmosphere feel special and provides for some interesting diversions throughout the long album. You can easily vibe out to it if you wanted to and because every listen leads to different interpretations of the album, it never gets boring.

This thing is an experience that must be listened to in one full sitting. You could skim through it but you wouldn’t understand what they are going for, you need to fully get immersed and listen to every track on this album in order to understand. Those who listen to the album fully will fully understand their intentions and thus garner new appreciation for the album while those who skim will never fully understand the appeal of 2814. 2814 is not just vaporwave but ambient cityscape music; one that sounds good but sounds even better once you understand.

This may be 2814’s best album and nothing can ever top this. It’s definitive vaporwave work that must be listened to if you’re following the genre and even if you’re just listening to music, it’s something that must be listened to at least once. It appeals to hardcore music fans and vaporwave listeners alike and even transcends music to become art. For that, this album deserves a seal of approval.