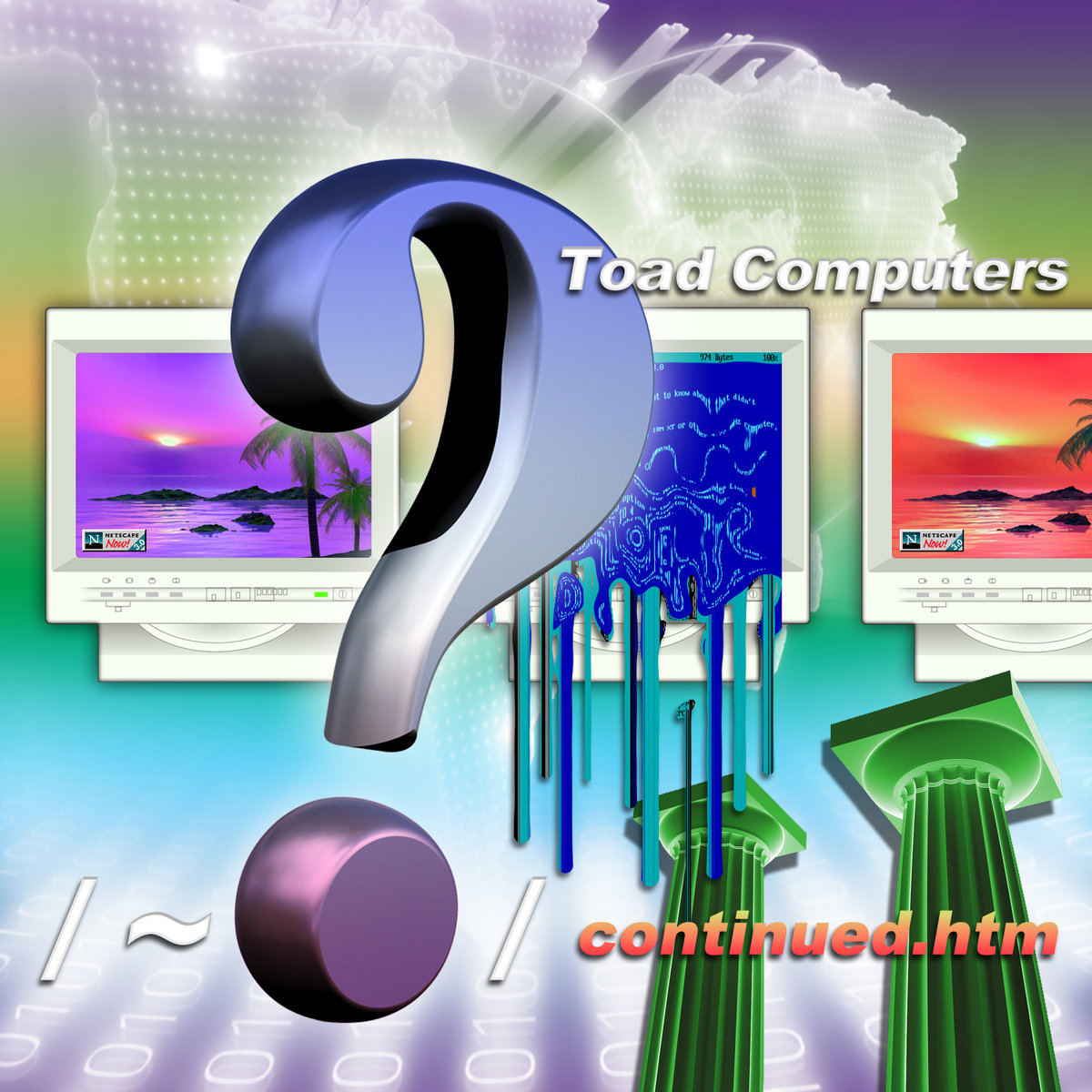 “/ ~ ? /” was a weird oddity that ultimately proved to be an interesting diversion from vaporwave and music in general. It’d be difficult to come up with an album that would continue the atmosphere from the previous album. Well here’s the sequel, “/ ~ ? / continued​.​htm”.

It’s weird as the first installment but even weirder in places you wouldn’t even expect; it’s also a bit more traditional as well. There are new twists this time around such as the distancing of the sound and the varying quality of the soundscapes which helps to bring new dimensions to this sequel. If you thought the first was bizarre then you’re in for a surprise.

The first one was about you getting used to this weird world. This one it seems as if the world is collapsing and there is nothing that can be done to stop it. It’s emotional to say the least as it reflects on fears and desires only known to the inner man. Tapping into those fears can be dangerous for any genre of music but here, it’s tapped into beautifully.

If you listen to both parts consecutively, you can see that they form sort of a movie. One which has no plot and no direction and I mean that in a good way. This is an independent art film that may seem like it doesn’t have any sense but the more you listen to it, the more you gain an understanding for it. It’s for the deeply philosophical who want to think, want to be aware and though it may take some time, you’ll eventually understand it.