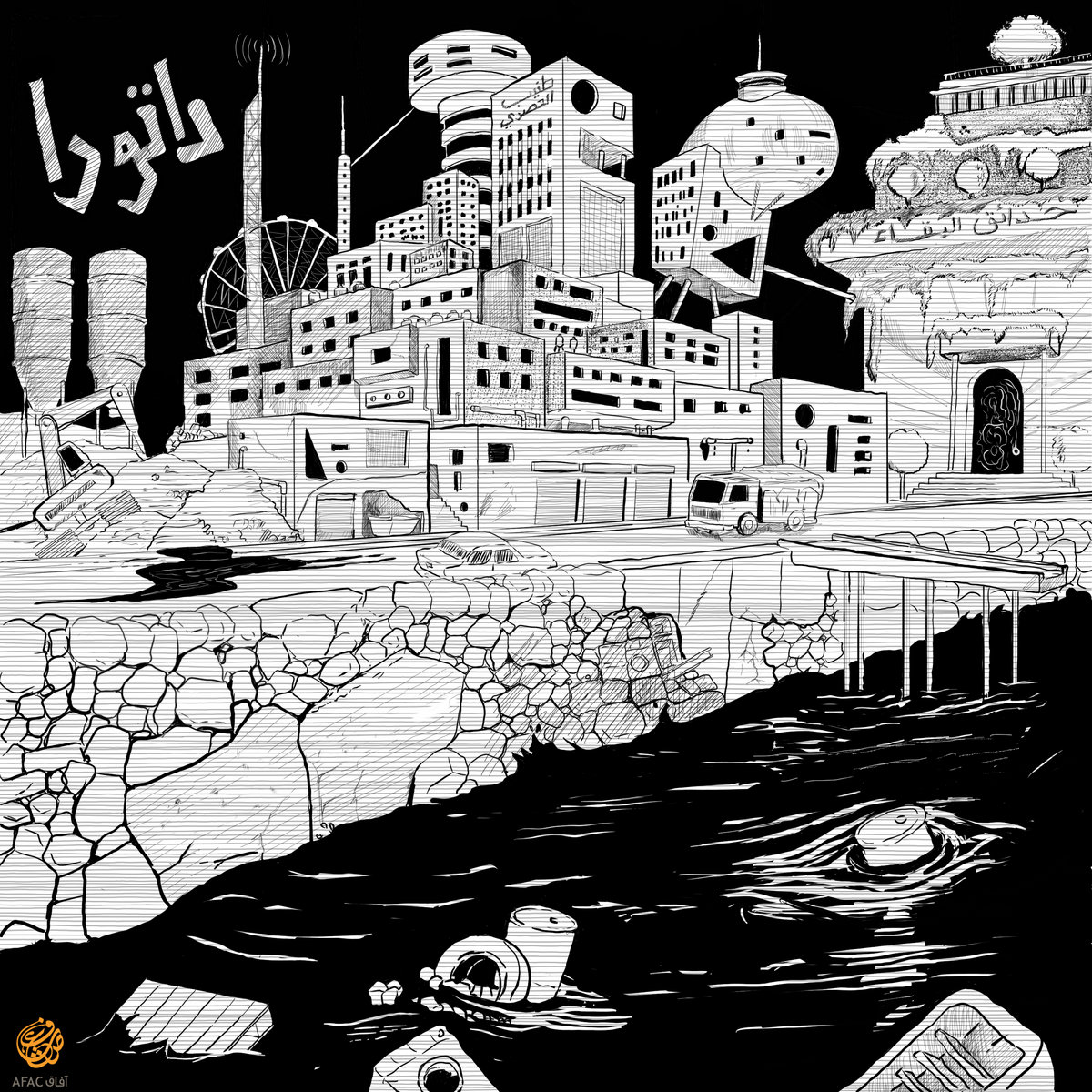 Hailing from Palestine, a country constantly in turmoil, Asifeh has used his talent previously in the past to draw attention to the issues in the area directly through a mainly rap-centric career in music. His latest LP, Datura, draws inspiration from these previous albums, though it manages to make a meaningful impact in a more subtle way. Using elements of vaporwave, ambient and hip-hop, Asifeh manages to create a moving piece of a not so distant future laden with Arabic influences and teeming with variety on each track.

Datura is a vast album, held together by thin strands of a moving storyline weaves its way through a landscape of sounds and sights. Tracks like Staycation – ستيكيشن and CompactLibo – كومباكت ليبو break through the dreary wastelands shown throughout many of the tracks to employ a sort of Faux-Utopian aspect to the album, and become even more effective as they transition smoothly back into the dark, dilapidated sounds that the rest of the album has to offer, making the experience feel more genuine as you pass the gleaming city structures on your trek, only to be welcomed back into the darkness shortly after. The entire album swirls into a finale that slowly fades out of existence, leaving itself on a cliffhanger as it never truly ends.

Asifeh takes steps outside of his comfort zone in this album, and it shows in both positive and negative ways. While the hip-hop and Arabic elements are welcome in the album, they can appear at less favorable moments, especially when heavily influenced hip-hop sections can break the focus of a track or the flow of the album, such as midway through Akher al-naher – أخر النهر .

These moments are sparse though, so they do not truly ruin the experience of the album. Many of the hip-hop elements present on the album take place in the beat structures and the punctuation of the sound, which can be awe-inspiring on tracks like Al-sina’at al-thaqeela – الصناعات الثقيلة, and the heavy Arabic influences can employ a beautiful atmosphere on tracks such as Ishtibak – إشتباك and Ashbah al ‘Aleh – أشباح الآله and add a heavy air of genuine influences coming straight from the heart of Asifeh.

As vaporwave collides with several other genres, it creates a unique experience with a vast array of sounds and influences scattered throughout each track. While sections are undoubtedly flawed, it almost adds to the charm that Datura puts off onto the listener.