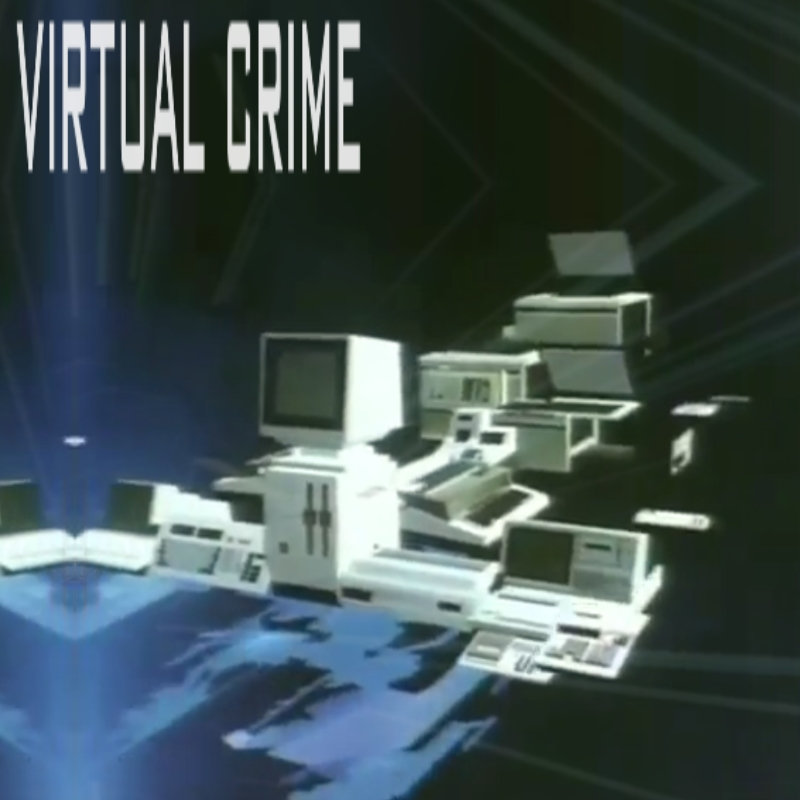 As the internet age descended upon us, new wonders were unleashed upon the world. But along with the greatness that the internet created, it also created a dark counterpart to itself, one of malicious intent. Spying, doxxing, and other dubious acts became more and more common and were ingrained into internet culture. This dark side to the internet is what Virtual Crime touches upon, and it does it with a heavily varied tracklist exploring dark undertones and an atmosphere of constant apprehension.

Each track in Virtual Crime feels unique in its execution, from the touching piano melodies in rip to the cozy office feel in web tours that takes a break from the crushing ideals of Virtual Crime. However, while each track’s sampling style is very different from the one before it, the major flaw of Virtual Crime shows itself in another major part of the album’s composition.

Throughout the album, many tracks have heavy usage of computerized drums, and the majority of them are very simplistic and rudimentary. While this can compliment some tracks such as worry, it feels unnecessary on many tracks, feeling shoehorned in just because most of the other tracks use it.

Though its vaportrap elements are weaker than what would be preferred, Virtual Crime is held up by its memorable selection of songs. Each track manages to stand out above each other one and stick to your mind with its ingenuity while the album as a whole manages to cohesively stick together as something greater than the sum of its parts.