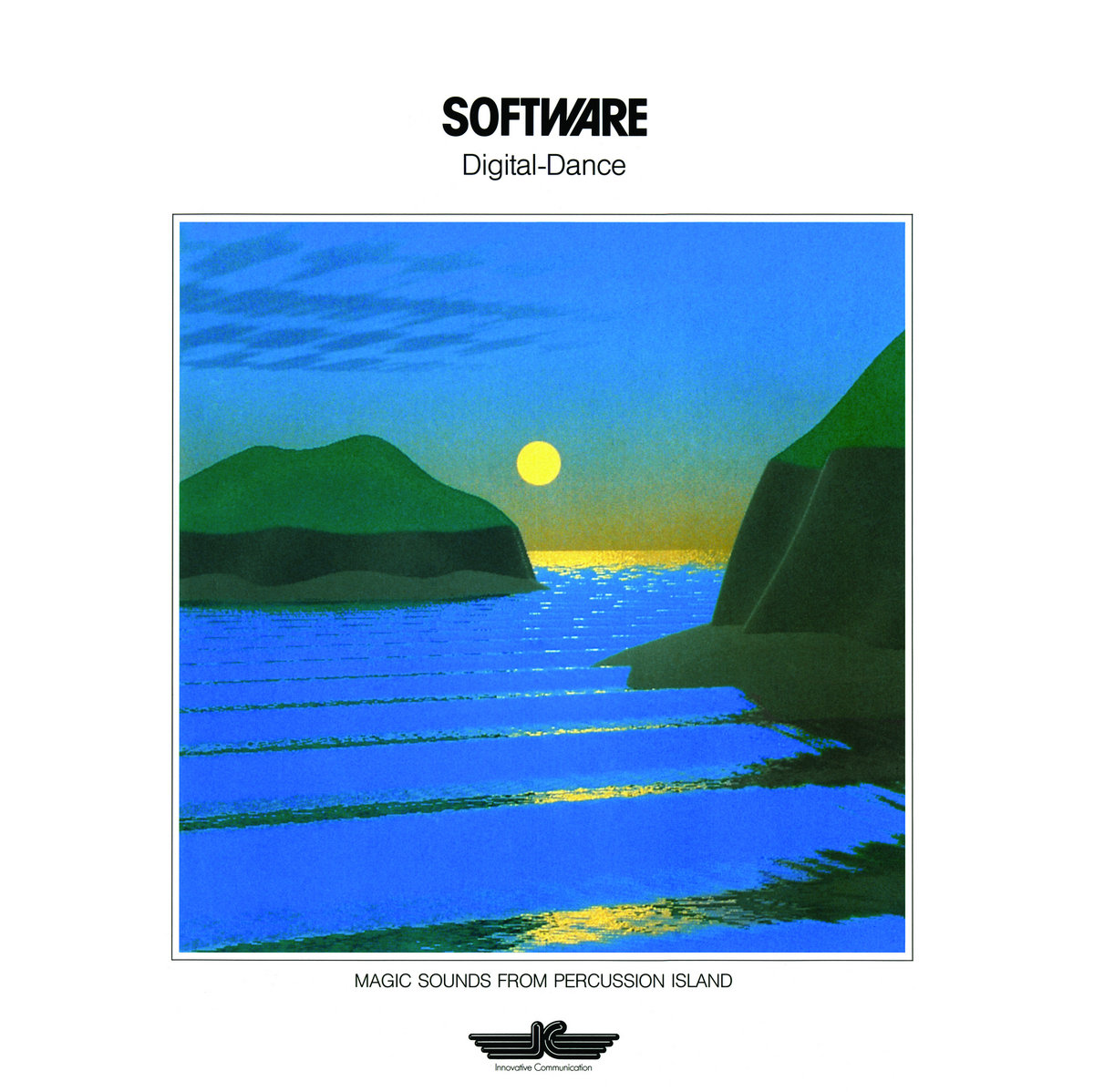 Software is an electronic group mainly known in Germany. In 1988, they released an album called “Digital-Dance” that contained a lot of themes pertaining to modern-day vaporwave such as being in paradise and being surrounded by tropical influences, it is only now that the album is getting the recognition and attention it should of deserved a long time ago and I’m one of the many people discovering it for the first time.

The album takes most of its cues from Kraftwerk but excludes the overt computer sounds in exchange for something more calming and pleasing; you’ll hear obvious synth sounds yes, but in ways you wouldn’t expect for 1988. The mixture of sea sounds, guitars, woodblocks and a general sense of calmness separates it from the rest of the pack at the time, it doesn’t provide the rush that many electronic records have but it does put you at peace and makes you feel like you’re actually vacationing on a tropical island.

The chords and melodies are naturally progressive and smooth, on par with Smooth Jazz even. That helps with the quality ambiance which paints a saturated fantasy picture into your mind; one which familiar vaporwave listeners will recognize. These pieces may seem lacking compared to today’s music but when you place them within the context of vaporwave and/or tropical music, you’ll find that these compositions are actually better than today’s music because the music theory is better and more executed.

In addition, the production of this is superb. It’s clear, it’s to the point and it’s smooth. There are a couple of tracks that contradict the tropical nature of the album but they’re still enjoyable regardless.

Tropical music is far and away one of vaporwave’s favorite genres. Electronic tropical vacation music is hard to come by and Software manages to create a pristine vaporwave record 30 years before vaporwave even existed. And for that, their newfound status in both electronic music and vaporwave is well warranted, nicely done.