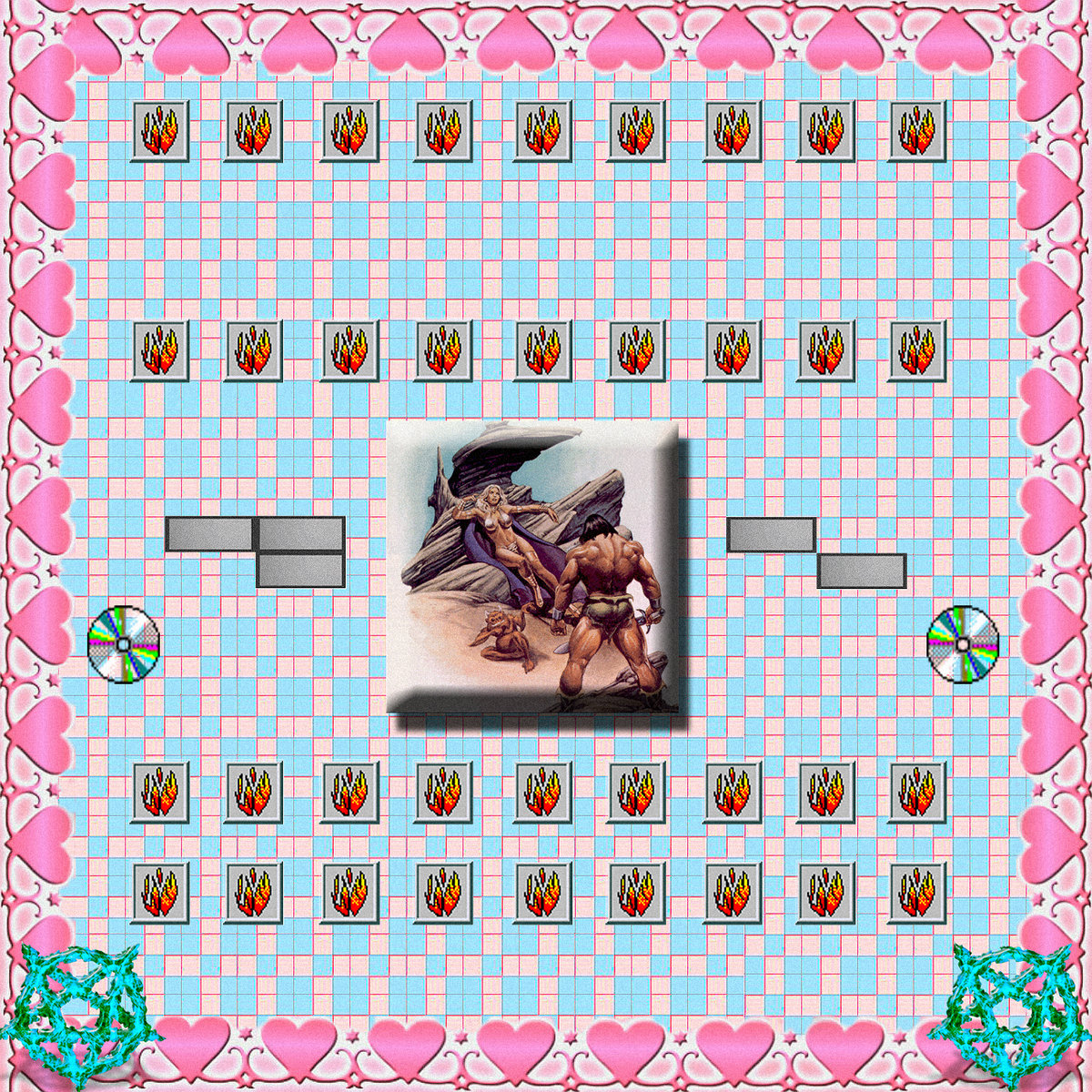 An important point to discuss about The Museum of Skin: Vol. II is theme, mostly due to its structure and expectations as a compilation. While some compilation styles can exempt themselves from the restriction of tight theme ideals, Museum of Skin, while possibly unintentional, sets itself up as a heavily thematic compilation. From the dark, macabre name to the contrasting visuals of pastel coloring juxtaposed with its hexagram laden design centered around a classically painted artwork, Museum of Skin unfortunately creates an expectation of an exploration of darker toned vapor. And while there are foreboding and overbearing tracks present throughout Museum of Skin, it unfortunately can fall flat in its thematic design.

From the first two tracks you are given a buildup of ominous vapor, further feeding this previously mentioned anticipation towards the rest of the tracks on the compilation. However, after these first few tracks the compilation unveils a different, though not unpleasant design; Largely utilizing vaportrap elements in its tracks rather than the expected dark themes and structures. While the true theme of Museum of Skin isn’t inherently unlistenable or even unlikable, it does contrast somewhat with the listener’s expectations coming into the album, since while there are darker tracks sprinkled throughout this compilation, there are a large share of brighter or even neutrally toned tracks.

With a different visual design, perhaps Museum of Skin could have been something more to enjoy, and would have been listened and heralded for what it is: A treasure trove of highly curated experimental vapor and vaportrap.

Museum of Skin features 24 tracks in its library, and each one is heavily diverse from the other, many even combining elements of several different styles of vapor and experimentation. A small issue that can be had with the compilation is the track ordering. While Museum of Skin has a large amount of different styles present throughout it, they do tend to fall into a tone, from the dark side of the vapor spectrum to the brighter, more vaportrap laden side of the compilation.

Unfortunately, this was not taken advantage of in track ordering, and could have vastly improved the experience of the compilation as a whole if this spectrum was taken into consideration. Even though there are stretches of each tone (Usually 4-6 tracks when done), the compilation could have improved if it had ordered its tracks to reflect the spectrum of tones rather than using these stretches, as it can be heavily jarring when the listener is experiencing a darker themed stretch of the album and then is thrust straight back into lighter vaportrap or ambient toned tracks.

The individual tracks within Museum of Skin offer a wide range of sounds to explore and listen to, true to the surface intentions of the album, stated as “[a collection of] worldwide talent in a 2nd installment of our aural exhibit].” While populated mostly by vaportrap tracks, there is a sprinkling of many other styles present in the compilation, such as hardvapour, experimental, and even a couple of noise influenced tracks. While this variety is pleasant at first, it does tend to become somewhat difficult to enjoy when the tone of these tracks can differ heavily, especially with the noisier, more chaotic tracks, which can clash very heavily with the more strategic and calculated designs of the compilation.

The flux of the darker and brighter tracks, putting aside the compilation’s previously mentioned track ordering as a whole is an incredible experience and shows musical design from a large array of artists and their ideals in their music.

Some tracks can stretch on too long, especially simpler tracks such as “planets” and “HIDDEN DEPTHS”, though they are few and far enough between to be treated more as interludes to take a break between stretches of tracks rather than a dead zone within the music.

Overall, Museum of Skin: Vol. II is a pleasurable experience and refreshingly separated from the thematically strict compilations that can be seen throughout vapor. However, there was room for thematic design that was unfortunately, though unintentionally shunted. If you are to listen to this compilation, go into it with an open mind and expect anything, and be sure not to put it in a box expecting something from the front cover.