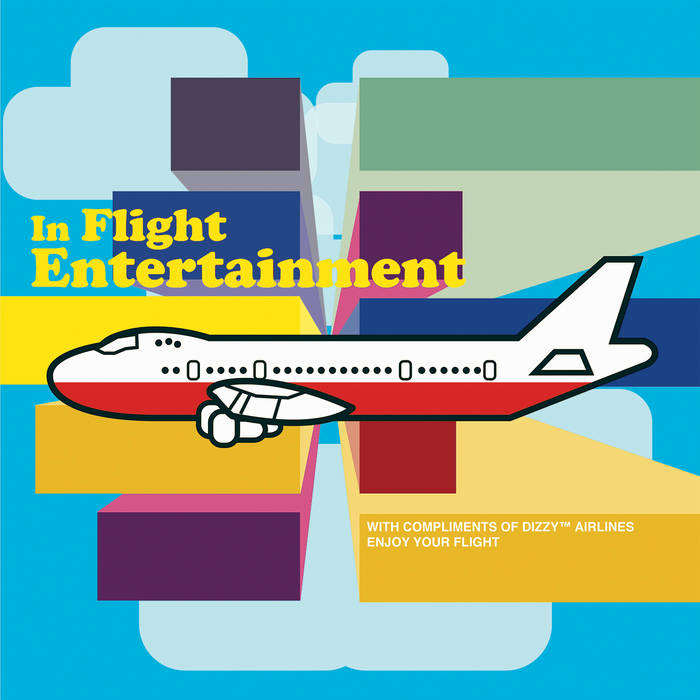 Looking at that album illustration, you’re probably expecting a chilled-out funky “retrocool” approach to vapor, sort of like what would happen if Fantastic Plastic Machine or Chris Joss were born a decade later. To an extent, that’s how the album sounds; after all, there’s a quite a bit of casual talking samples mixed in with text-to-speech, quoted funky jams interspliced after sexophone solos, and distorted former ambience combined with spiralling wahwah guitars. Most of the time however, you’re wondering how a free-to-listen album can make you want your money back.

For on thing, there’s almost no time to breathe on the album, like almost every second just has this compulsive need to butt in nonsensical droning samples or irregularly placed synths just in case you actually wanted to dance, zone out, hum, vibe, toke, sleep, think, study, or listen along to the music. It would be fine if anything was catchy, but a lot of the time it really is just drones or some itchy distortion that must have been entered in an annoying contest. In Flight Entertainment also has this magical ability to make almost every song way too similar sounding, but also completely incapable of leading into another without some whiplash. Oh, and by the time you finally adjust yourself to the song, it’s over, because the average length for each of them is three minutes (of sonic disappointment).

You could also try to visualize some sort of theme or narrative here, but there is almost no apparent storytelling or worldbuilding anywhere to be found. No liner notes, no cultural references (beyond some confusing samples on “Aspirin”), no references, nada, nothing i could find. Vapor and that retrogroove style Ursula 1000 and company make often function as hauntological soundtracks to futures or pasts that will never exist or a soundtrack to media that occur only within the confines of implicit and personal detail, but here it’s either way too implicit or Jazzy missed the memo about how the context and style is usually a wise idea to convey. You do not need context to make a good album, let alone to decide if you consider anything good; tho, it really would have helped my experience to have something to add onto the zone i intended to slip into if fresh beats were unavailable to arrive.

The songs are more medioker than outright bad, most of Jazzy Burn’s (non-vapor) is leags above this too, so it’s not like they’re some amateur broporwaver, and for all the shit i’ve just heaped upon the thing, i do think this sort of thing should at least be attempted more often and some of the segments in the songs could turn out well in more focussed hands. I can even see Jazzy Burn’s actually making a fusion of the Chris Joss’s and HKE’s (or more aptly Babylon Zoo’s) sounds that is actually pulled off. If for no other reason than i want to have “Jazzy Burn’s vaporwave” mean cue a positive memory in my brain.

I'm Marty Zatz aka Uriel Machine; a vaporwave, jazz, dance, score and electronic music enthusiast. I also like/ do other things not musical. Check me out on Twitter or on my Wordpress. FKA Archangel Uriel.

Hey, I’m actually Jazzy Burn’s and I agree with everything you said. I was wondering why absolutely nobody downloaded the tracks but now I know. “Most of the time however, you’re wondering how a free-to-listen album can make you want your money back.” Oh hey, I’ll try harder next time to not step on the well defined boundaries of a walled off musical category that I thought invited experimentation but is too self conscious to bend genres. Ok – have a nice day, and thanks for listening!