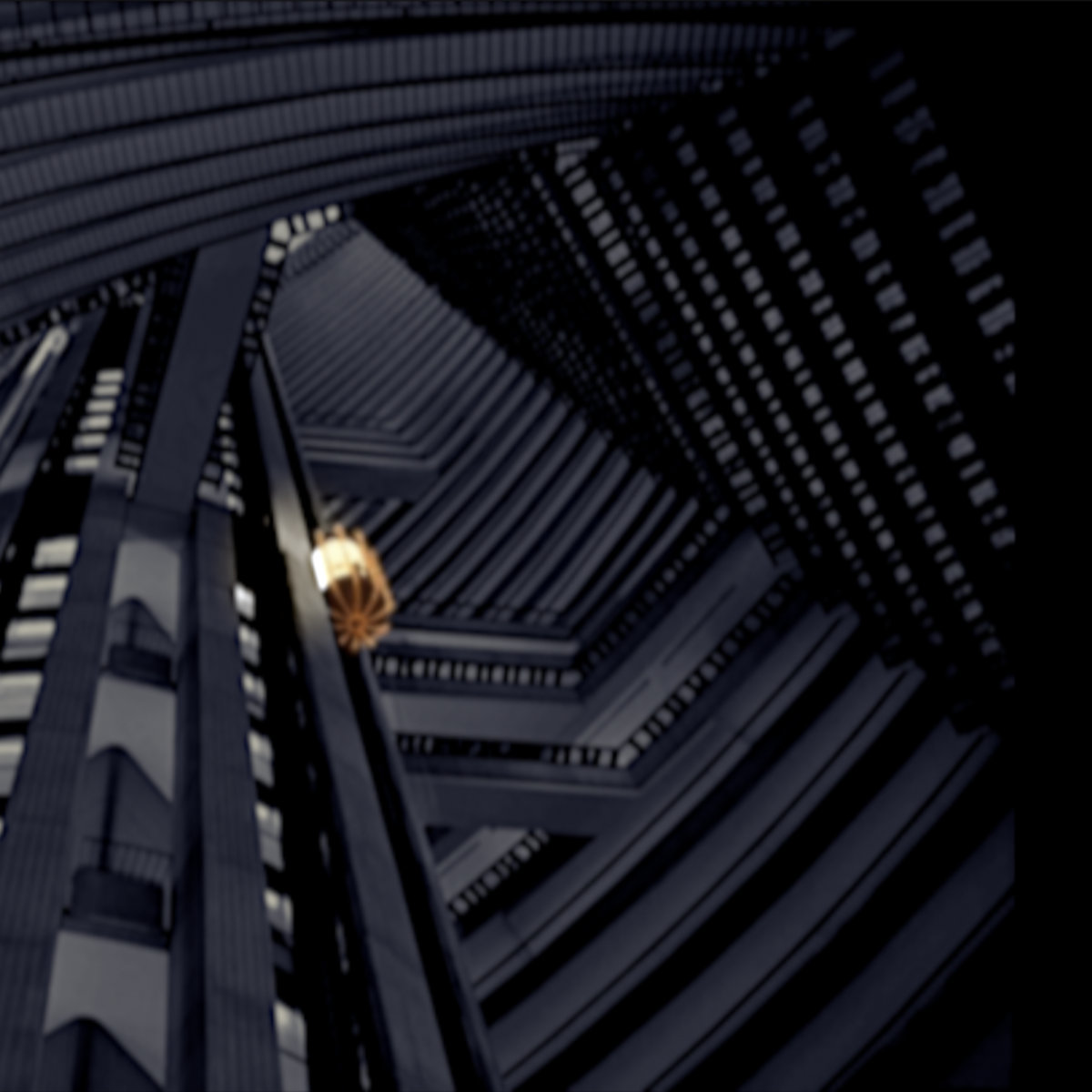 The latest release by Hallmark ’87 on DMT Tapes is a mallsoft ode to brutalist architecture which creates a complex atmosphere that straddles feelings of dread and astonishment to create a most unique listening experience. For those who are unaware, Brutalism was an architectural philosophy prevalent between the 1950s and the mid 1970s which explored the concept of a modernist utopia through imposing sheer concrete structures designed to emphasise an immensity of scale. Intended to dwarf  human experience in the face of technological progress made manifest, these buildings were both awe inspiring and terrifying which, as Hallmark ’87 laments, led the the majority of them being knocked down due to the fact that they were considered too ugly and uncompromising. In many ways, Brutalism is the perfect architectural expression of vaporwave aesthetics, a failed retro-futurist experiment documenting the landscape of a tomorrow that never came to pass. And it is the paradox of this false nostalgia which can be heard echoing out across the sparse atmospheres which make up A T R I U M, an album inspired by an architecture that Hallmark ’87 has only experienced in pictures and in his dreams which he finds “comforting and nostalgic, yet eerie and dystopian-feeling all at the same time”.

The title of this album is taken from the Marriott Marquis hotel in Atlanta Georgia which sports a world famous windowless 47 storey atrium. In imagining what it must be like to stand in this remarkable space Hallmark ’87 has, in his words, tried to “evoke feelings of inspiration and wonder, but also feelings of timidness, as if you’re standing inside the massive structure feeling small, helpless, and alone”.  The result is a sprawling atmospheric album which is quite an immersive listening experience.

A T R I U M opens with L O O K I N G U P a track that sets the tone perfectly with menacing guitar drones that immediately abandon the listener in a sea of distorted noise without reference point. Interestingly, the threatening atmosphere doesn’t hold giving way to flourishes of bright synths that belie a sense of naive wonderment which feel simultaneously comforting and cold. Such stark contrast reveals the central tension which characterises much of this album, caught between light and dark, frozen in contradiction, A T R I U M sounds as if it is constantly teetering on the edge of despair without ever completely losing hope. In doing so, each track juxtaposes seemingly contradictory elements into surprisingly cohesive, and wildly unpredictable wholes. An effect that is exemplified on tracks such as the wonderful M E Z Z A N I N E which is built around a driving industrial rhythm that gradually dissolves into a deep inky pool of  shadow muzak which sounds like the soundtrack to forgotten worlds before culminating in triumphant bursts of staticky synthesizer… a cry of hope that melts into air as if it never existed. Or the track P O R T M A N whose bright playful arpeggios bleed out until they are submerged in a sinister droning muck that seems to rise out of the listener’s subconscious.

But these feelings of hope and wonderment do not stay buried for long and they continue to fight their way to the surface, battling to distinguish themselves from the oppressive darkness, resurfacing time and time again. A feature that is most fully realised on the aptly titled G L A S S E L E V A T O R which utilises swirls of sweet synthesiser to lift a plucked electronic melody up out of the shadows. This beautiful piece conveys a sense of languid floating movement, like a gentle flying dream in which the listener is drifting through an beautiful alien landscape. As always however, this is short lived, and the following track P U B L I C A D D R E S S rudely interrupts to the listener’s blissful dream, exploding in bursts of indistinguishable reverbed noise that plunge the listener back into the depths.

A T R I U M also has distinctly industrial undertones, such as on the aforementioned track M E Z Z A N I N E. A distinctly mechanical quality that is also exemplified on tracks like B R U T A L in which driving, determined synths battle against an oppressive feeling on emptiness overtaking the void to produce a fragile moment of catharsis. Or the gentle A W E, a seemingly peaceful moment of meditative calm underscored by a feint industrial throb that becomes increasingly apparent and unsettling as the track plays on. These tracks reminding us that the glossy veneer of the built environment is sustained by a vast technological infrastructure that labours in obscurity bringing us back to the central theme of architecture so effortlessly.

And that is what I find so great about this album, that Hallmark ’87 manages to realise his vision so completely it feels natural. The vastness envoked by these tracks conveys the exact sense of amazement and despair produced by the Brutalist architecture which inspired it. And Hallmark ’87 has succeeded in capturing the conflict at the heart of the Brutalist experience, producing moments of fragile wonder which lose themselves in the expanse, transforming to fear and anxiety with the dawning realisation of how small and insignificant humanity is. Even more incredible is that still somewhere at the edges of all this bleakness Hallmark ’87 manages to inject a distant sense of playfulness, like a daydreaming child on holiday waiting for their parents to check them in at the Marriott Marquis whilst staring up at the 47 storey atrium.