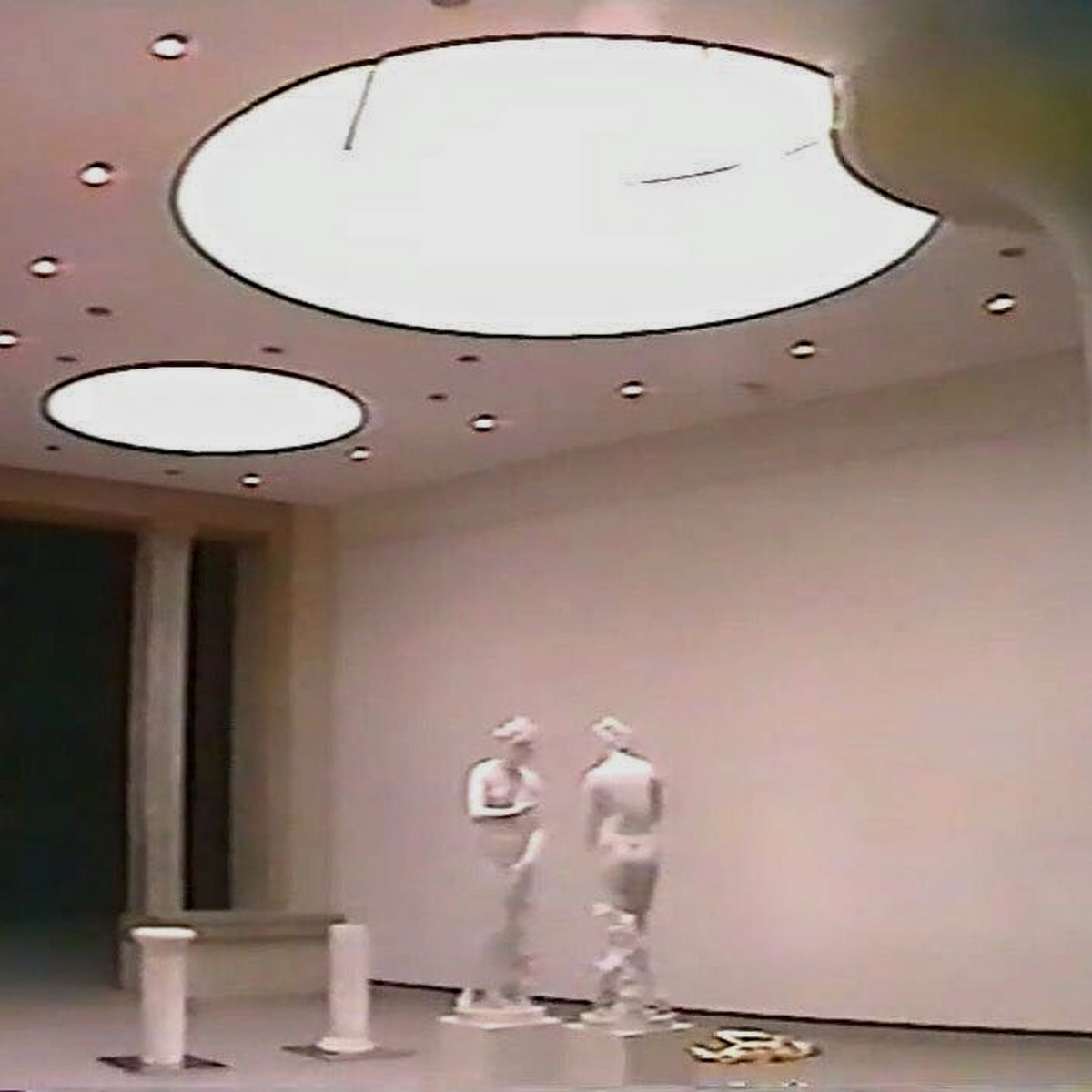 Infinity Frequencies is back after a 2 year hiatus with it’s latest album “Between two worlds”, to some the latest in a long line of albums but to a certain few, an evolution of the style used in prior albums.

It is not a secret that Infinity Frequencies pioneered the sort of formula it is known for. Faded classical samples played repeatedly in tune to the sounds of dying computers, “Computer Death” being the most known and famous example of this. However, it is given more emotional depth and cinematic flair here as there is more variety and urgency to the sounds being played. It’s like it’s conveying something more substantial and more involving than the albums before it. It also feels more isolational too, you’ll feel awe and confusion as you go through sounds that while not super-layered, are substantial in their minimalism. It feels like creepy science fiction that is oddly very realistic.

The album with it’s unnerving feelings may be short at 24 minutes long but every track is distinctive and plays a part in the story. From keys to strings to percussion, each element is used in order to make minimalistic musical masterpieces that will have you thinking. Each track paints a fully realized picture that pieces together one piece of the oddly dystopian story which involves a lot around computers, exploration, memories, obsoletism and most of all, soul. It’s as if the artist has found out how to squeeze emotion out of the samples that construct the album, which is impressive considering you didn’t think that could be done anymore.

I think this album will not only mark the return of Infinity Frequencies but will also be a part of the vaporwave resurgence for years to come. This album shows that you can make a story and make amazing sounds out of almost nothing. This stuff will either give you wonderful dreams or terrible nightmares; it is packed full of content and has that vaporwave feeling that you’ve come to expect. If you’re the kind of person that likes to gaze in front of a computer than this one is for you!